Job Descriptions, The Difference Between Winning And Losing

Job descriptions aren’t just useful when recruiting, evaluating employee performance, and determining compensation, they can also mean the difference between winning and losing a lawsuit.  Although many of you will go your entire career without having to step foot in a court room to defend your company’s hiring or firing decisions, some of you will have to show compelling evidence to back your choices.  One section of your written job descriptions that can prove a compelling exhibit in a hearing is the list of essential functions.  Below are three cases where job descriptions proved crucial to a court’s decision.

Under the Americans With Disabilities Act (ADA), job applicants and employees can only be evaluated based on his/her ability to perform the essential functions of a job.  It also states that employers have the right to not hire an applicant or dismiss an employee if the individual cannot perform the job-related essential functions.

Richardson v. Friendly’s Ice Cream (2010)
Katharine Richardson, an assistant manager at a Friendly's in Ellsworth, Maine, filed a lawsuit against Friendly’s Ice Cream after being fired from her position.  Several years after her hiring, she developed shoulder impingement syndrome, which caused her pain when she operated the grill or scooped ice cream.  At first, Friendly’s modified her job duties to accommodate her needs but Richardson still required surgery.  After her FMLA leave had ended, Richardson attempted to return to work but because of her doctor’s orders that prohibited her from performing repetitive activity with her right arm and lifting objects weighing more than five pounds, Friendly’s did not allow her to return to work and terminated her employment on grounds that she could not perform the essential functions of her job.

Richardson claimed that her sole essential job function as assistant manager was to oversee the operation of the restaurant and ensure that it ran smoothly but Friendly's disagreed, saying that the essential functions of her job required her to be able to perform manual tasks, such as assisting in food preparation, delivering food to customers, and performing general housekeeping duties.  To back their argument, Friendly’s exhibited their six page job descriptions that listed the essential functions of the job.  Under this section, thirteen general categories of job duties were listed, among which were that an assistant manager must be able to run shifts and direct and assist in the kitchen. Under a section "Task Analysis," duties included physically assisting and performing kitchen, dining, and take-out operations; cooking food items on a grill; delivering prepared meals, beverages, and dessert items to customers; cleaning and resetting tables; loading and operating the dishwasher; and performing general housekeeping duties.

Because of Friendly’s ability to produce such evidence, the district court, and subsequently the First Circuit Court, ruled in Friendly’s favor.  Had they not had such a detailed written job description, things could have turned out much differently.

Pamela Jones v. Walgreens (2012)
Pamela Jones was a store manager at Walgreens for about 20 years but after a workplace injury, she underwent surgery to repair her knee.  After her recovery, she returned to work with doctor ordered limitations that prohibited her from lifting no more than 25 lbs. and restricting her to minimal bending, stooping and squatting.  About two years later, she reported that she was having difficulty walking and shelving items, and complained that she was working longer hours than were medically advisable.   In response to her report, her supervisor requested updated medical information. The updated medical information showed that Jones had several permanent physical restrictions and that she could not bend, stoop or reach below her knees.  She also could not squat, kneel, climb stairs or use ladders nor could she stand or walk for more than 30 minutes a day.  Jones’ doctor also indicated that she had “reached end maximum medical improvement.” Based on this new medical information, Walgreens concluded that she could no longer perform the essential functions of her position as store manager and terminated her employment.

Jones brought claims under federal and state law claiming that the company discriminated against her based on her disability and failed to accommodate her. The court, however, ruled in favor of Walgreens because the job description for the store manager clearly stated that the position was an “on-your-feet post requiring routine physical activity.” The store manager was required to maintain the store condition; perform maintenance; and erect and take down end-stands, promotional information and display tables.  This was yet another example of how a job description with clearly stated essential functions can help win a case.

Having accurate, detailed, and up-to-date job descriptions can be your best evidence in defending you against damaging litigation.  So take the steps now to ensure your job descriptions are up to par so you can avoid liability in the future.

We’d love to hear what you think so please leave us a comment and be sure to share with your peers. 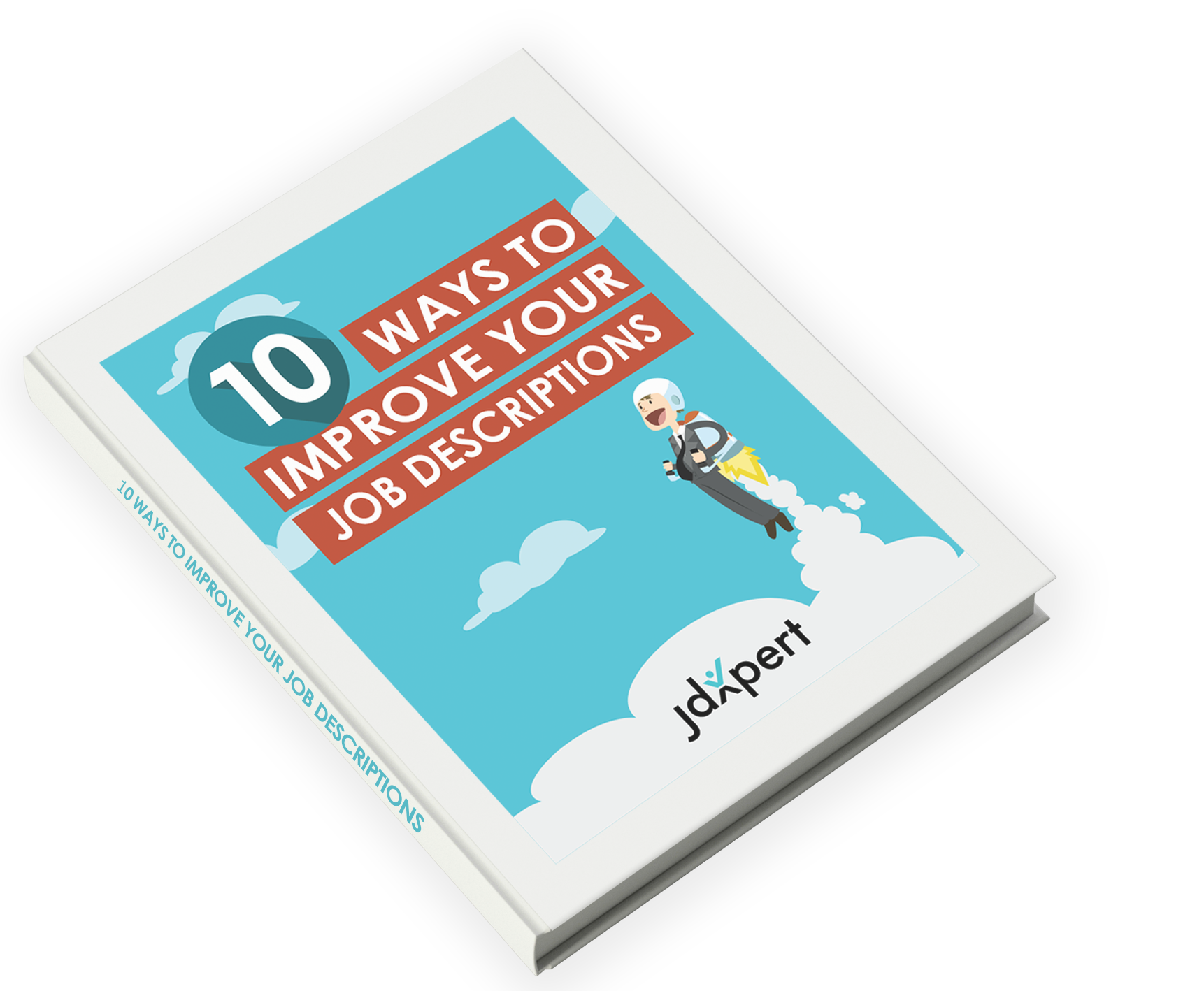 10 Ways To Improve Your Job Descriptions

Are you looking for tip on how to write and maintain better job descriptions? If so, then this eBook is right up your alley!

We promise that we won't SPAM you.

CLIENT SUPPORT
If you are a JDXpert client and need help, please visit our Client Support page for more information.